Is your mouth trying to tell you something important? 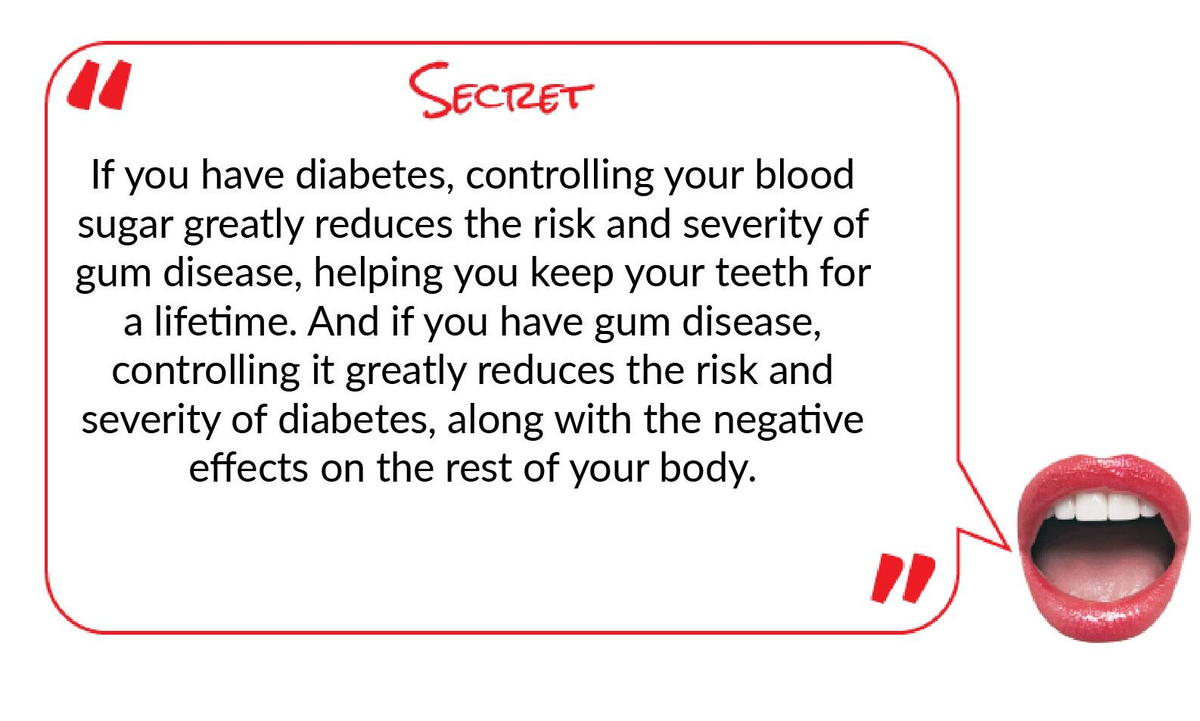 Diabetes: A chronic preventable disease, but still one of the top five killers in America today.

Type 2 Diabetes is now increasing health and financial burdens in the United States and worldwide. Diabetes and its precursor, prediabetes, together affect 103 million people, one-third of the U.S. population. But about 28 percent of patients with diabetes and 93 percent of those with prediabetes don’t know it.

By the year 2050, one in three of us are projected to be diabetic.

Maybe you’ve heard that diabetes is the leading cause of new cases of blindness and of kidney failure, or that more than 60 percent of lower limbs amputated in non-trauma cases are due to diabetes. But did you know that diabetics have death rates due to heart disease and stroke that are two to four times that of people without the disease?

There’s one more statistic that you may not be aware of: After analyzing data from the National Health and Nutrition Examination Survey for 2009 to 2010, researchers found that a startling 60 percent of those with diabetes had moderate to severe periodontal disease. 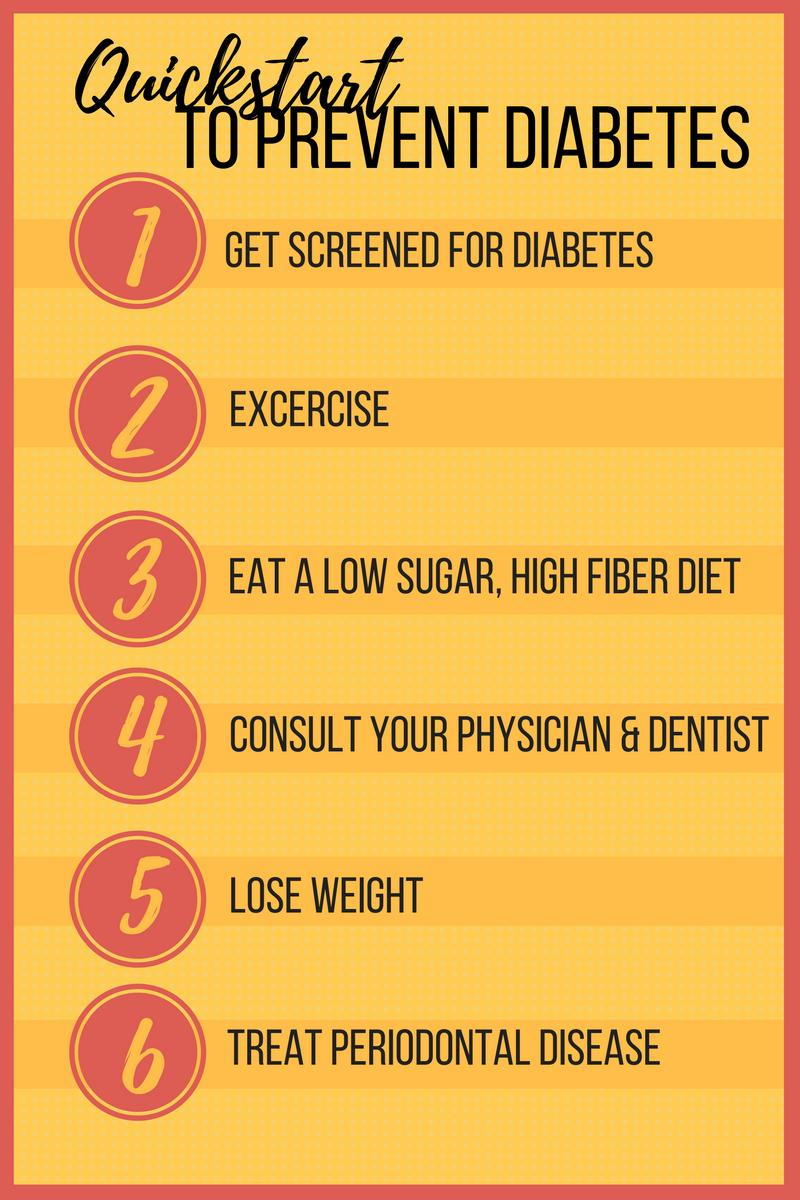 How Did It Get This Bad?

Most people know that type 2 diabetes stems from problems controlling blood sugar, which is primarily a cascading effect from over-exposure to sugar itself. For thousands of years, the only sugar humans ate was packed into fruits and vegetables, and came with an antidote to slow down uptake – fiber! The only form of straight-up sugar was honey, which was well-protected by bees. But, as you know, today we take sugar from sugar cane, beets, and corn and tuck it into hundreds of foods.

Our bodies do one of two things with sugar:

When we eat or drink foods with refined sugar, we get an immediate blood-sugar rush, which triggers an insulin spike. Insulin tells the cells in the liver, muscle, and fat tissue to take up glucose (sugar) from the blood and store it.

If you constantly bombard your body with sugar, your cells become resistant to the constant outpouring of insulin. This condition is known as insulin resistance, and it’s an inflammatory pre-diabetic condition. Eventually, your pancreas’ insulin pump eventually burns out.

The Role of Oral Health

Gum disease complicates blood sugar control and diabetes complicates gum disease treatment. The effects of periodontitis and diabetes on each other are likely due to the fact that both contribute to a hyper-inflammatory state in the body.

Dr. Susan asserts that managing gum disease for the unidentified diabetic is like trying to wrestle a gorilla with one hand tied behind her back. It’s hard enough with two hands.

Dr. Susan wanted to routinely screen her patients for diabetes and prediabetes. But all the validated screening surveys, like the one on the American Diabetes Association website, seemed to include BMI, which requires weighing a patient.

You’ve probably never been weighed at the dental office and that probably isn’t going to change soon. So Dr. Susan partnered with Dr. Saleh Aldasouqi, chairman of Michigan State University’s Division of Endocrinology, to conduct research on diabetes and prediabetes screening.

Dr. Susan randomly tested 500 of her adult patients’ blood sugar levels with an A1c finger-stick blood test. The same patients answered a 14-question proposed risk assessment for diabetes and the blood results were statistically compared to their answers.

Although periodontal disease may prove to be an independent risk factor for type 2 diabetes, further research must be done to determine if treating periodontal disease will reduce the onset or progression of diabetes and the burden of disease complications.

Your Risk of Diabetes

Remember: Even if you have a family history of diabetes, you can take action that will prevent you from ever experiencing them and their debilitating impacts. Changing your habits can keep you healthy and alive.

To determine if you are at risk for diabetes, you can start with an assessment using Dr. Susan’s self-screening tool.